‘Stargazy’ is our second-generation project to develop an aquarium equipment monitor.

It connects a series of temperature, pressure and various other sensors to a WiFi enabled Raspberry Pi. The resulting data is forwarded to a separate server for processing, management and storage using Prometheus, with display and alerting through a website using Grafana.

Here is an implementation of clustering and dendrogram display in Javascript, with the help of Google Spreadsheets, YQL, Web Workers, node.js, Heroku, and Cloud9IDE.

For the Magic the Gathering fans – there’s a shiny new tree of dragons, and also this old thing (with its original tree) which you may find amusing :) 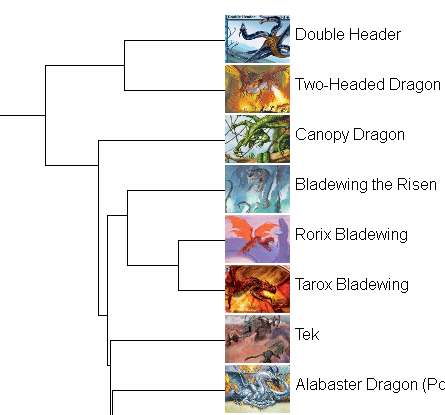 The Royal Institution have kindly posted many of their Christmas Lectures online as free webcasts. The lectures have been taking place since 1825, and on tv since 1966; the collection on the RI site is not complete but there are plenty to watch.

For convenience we’ve collected links to the episodes that we could find, along with alternative sources where available. Enjoy :)

(BTW, if you like this kind of thing, series 3 of Richard Hammond’s Engineering Connections is currently on BBC2/iPlayer.)

Been a bit quiet on here recently, so here’s something interesting – Google have released an Android Open Accessory SDK for Android 3.1 and 2.3.4. It will allow USB devices to talk to your phone or tablet and the test implementation is based on an Arduino Mega (with a USB host shield). Kind of topsy-turvy to have your plugged in device as the USB host, while the Android gadget is the guest but I guess that’s a limitation of the phone hardware. More comment from Make here. 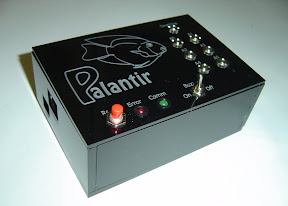 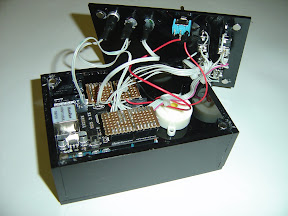 Well it took a few rounds to get it right but we finally got a Palantir box cut and put together. It’s made of laser-cut acrylic from RazorLab, superglued (yes I know we should use DCM but..) and with the top held on with magnets. The Arduino fits in quite neatly and is now back to monitoring the parrot fish tank :) Hopefully get the Cory tank monitor done asap. 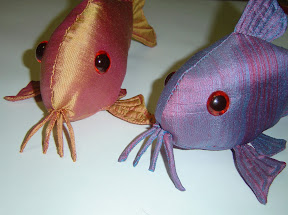 Both our aquaria have cories (Corydoras) in them, Sterbai in one and Peppered in the other. These mini catfish are peaceful, only a bit shy, and make excellent scavengers with their gravel snuffling. They’re also cute, funny and unexpectedly venomous.

So we made we made some stuffed silk ones.

Game of Life, on Canvas 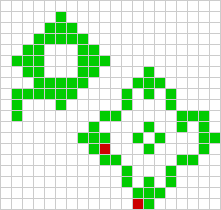 There are several ways to show generated graphical content on web pages. Macromedia’s Adobe’s Flash has been threatening ubiquity for years, while open alternatives like SVG have not yet really found their stride (although Inkscape is nifty!). Microsoft’s Silverlight is under rapid development, although people seem generally wary of it and cross-platform support is weak. HTML5’s canvas element finally gives us a ‘plain-html, no-plugins’ way to draw arbitrary pixels in the browser, that we can hope will be natively supported in browsers from now on – even IE9. To a web developer, this is exciting ;)
Here’s an implementation of Conway’s Game of Life, giving Canvas and Sliders a whirl.

The Editor of Make has just posted an interesting little article on why he thinks the Arduino wins as a platform.

On a totally unrelated note – the Palantir write up has been updated. Mostly hardware stuff at the moment – more software once it’s done!

An experiment in CSS

It’s surprising how much you can do with CSS these days. If you ignore IE < 9 anyway.

One thing and another led to this HTC Desire in CSS3.

The first full version of a proposed Open Source Hardware definition has been posted. Particularly interesting is this executive summary:

1. Documentation: Establish and facilitate the right to repair
2. Necessary Software: Operates using Free Open Source Software
3. Derived Works: The right to fork the project.
4. Free Redistribution: Pay for parts, not permissions. No restriction on the sale of parts.
5. Attribution: Give credit where it’s due.
6. No Discrimination Against Persons or Groups: Respect is earned.
7. No Discrimination Against Fields of Endeavor: Make recommendations, not restrictions.
8. Distribution of License: Share Alike.
9. License Must Not Be Specific to a Product: The right to re-use.
10. License Must Not Restrict Other Hardware Or Software: Play well with others.
11. License Must Be Technology-Neutral: The right to modify.

Liking the way they think…